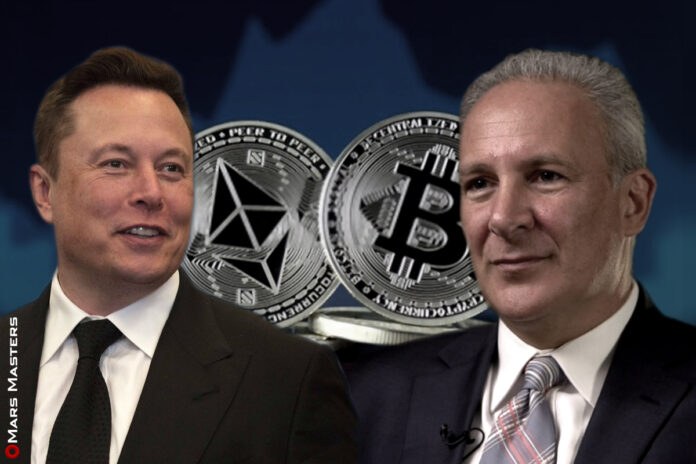 Yesterday morning Schiff, the noted gold bug and Bitcoin skeptic, posted a Tweet thread in which he criticized Elon Musk’s comment that Bitcoin is a flawed currency, though still better than fiat alternatives.

Schiff stated that, “as an engineer” the Tesla founder should know the difference between a “tangible element” and a “string of numbers,” and noted that gold has greater utility relative to Bitcoin.

“Money isn’t data. Data can represent money but can’t replace it. Money improved barter, gold improved money, and data improved #gold. Bitcoin is a return to barter. All sellers will accept money. With #Bitcoin you must find a seller who has what you want and wants what you have,” Schiff concluded.

In response, the Tesla founder criticized Schiff’s view of third-party gold storage as an additional layer of trust, stating he “might as well have crypto.”

As reported by Cointelegraph, considering how flippant Musk has been in promoting the Dogecoin meme currency, he also hedged his statement with a perhaps surprising follow-up, warning that prices for Bitcoin and Ether are “high.”